As part of the (in)Service program of the Teen Action and Support Center, the #TeenThink Lab is devoted to empowering teens to create and launch creative community projects! 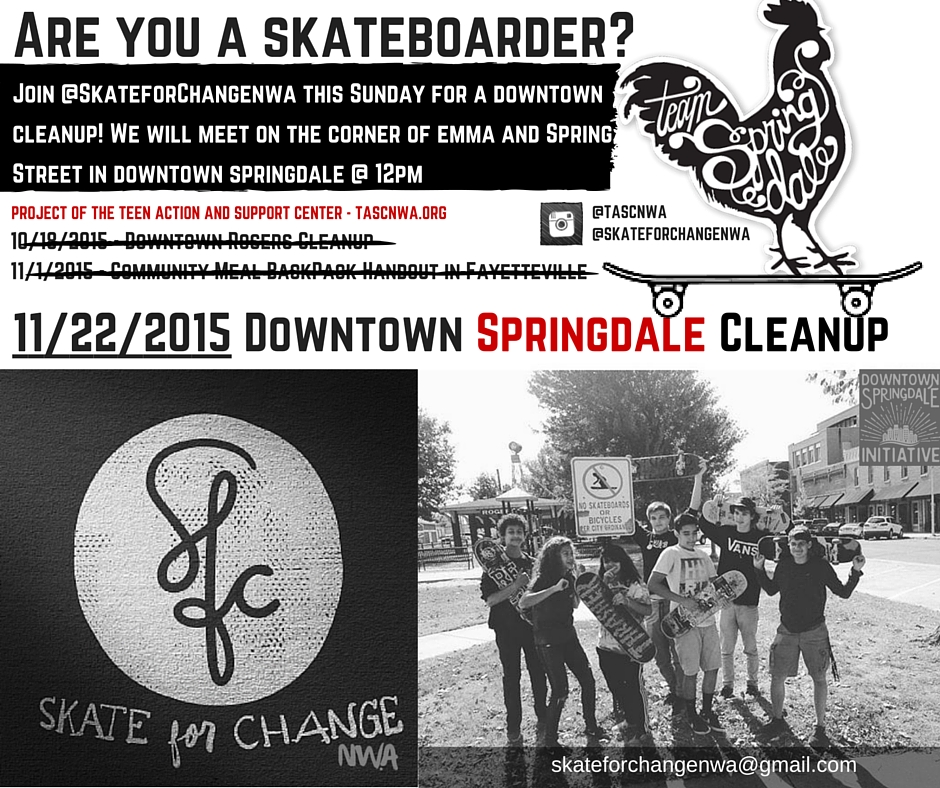 You SKATE… You GIVE that’s the mission for a group of teens who participate in the (in)Service program!

These teens have agreed to do two (2) projects a month. The first project will be a cleanup of different areas of our community. This project will be used to raise awareness and community support for the second project which will be to deliver items (food, hygiene, clothes) to families in need. 50% of funds raised will go towards those items, the other 50% will go towards a fund to create a local skatepark. 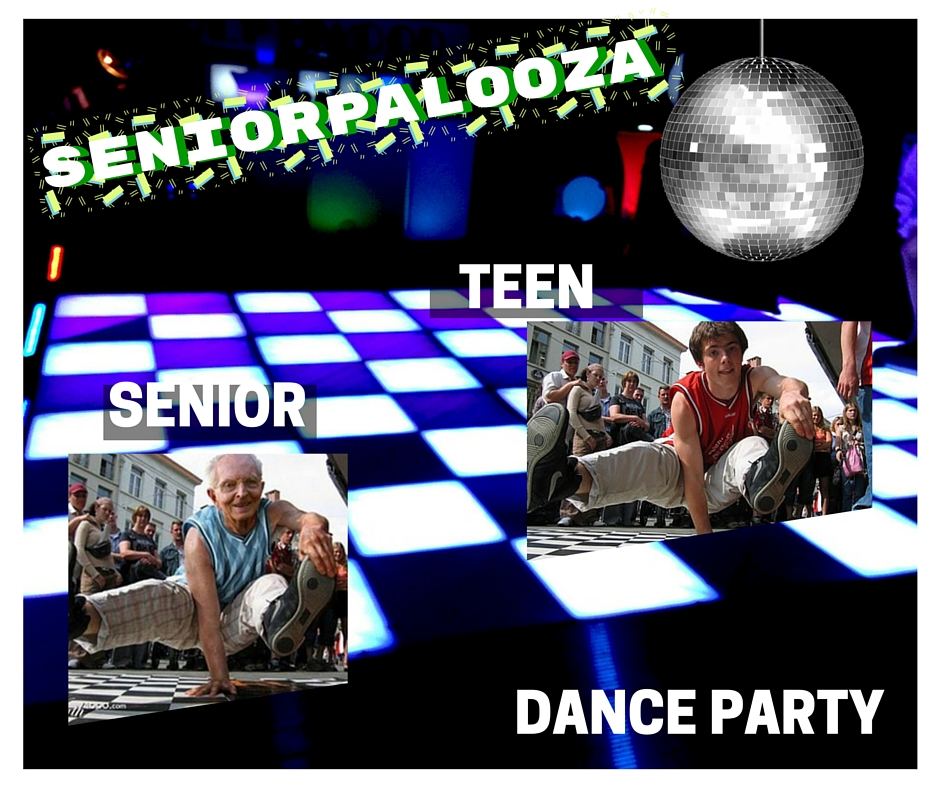 Seniorpalooza was a teen x senior dance party that took place at the Springdale Senior Center on December 14th, 2015. Two teens who had a passion for music producing spent their spare time compiling a list of the seniors favorite songs which they created a playlist from. We played bingo, we served food, and we danced the night away. Social interaction is such an important factor in the physical and mental health of our senior population and we believe this project is an amazing way to foster that interaction. 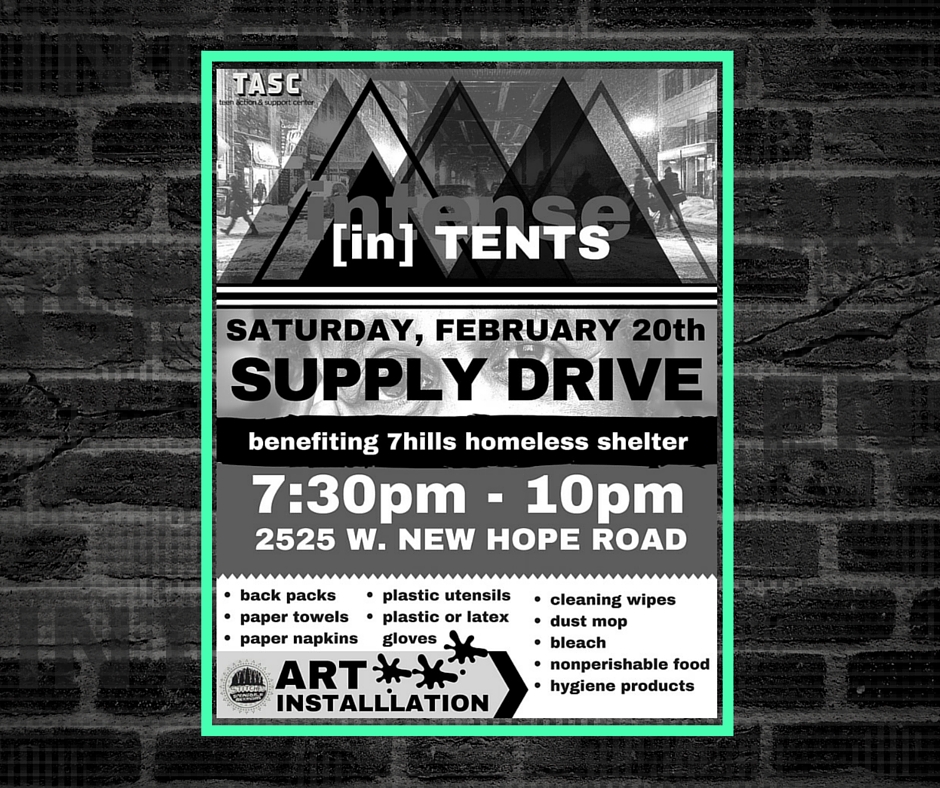 [in] tents was held on February 20th, 2016 at the TASC office on New Hope Road. Over 25 teens came out in support of the supply drive and 10 of those teens camped out overnight to help raise awareness about youth homelessness in NWA (over 54% of homeless in NWA is under the age of 18). We had guest speakers from Seven Hills Homeless Center and Souls Harbor share stories about homelessness, we participated in privilege walk, and a group of teen artists called Stitches from Springdale, AR performed a live art installation. The night was a grand success, we raised a ton of supplies for Seven Hills and we raised a ton of awareness about the plight of the homeless community in Northwest Arkansas.

or
Please check your e-mail for a link to activate your account.