Despite the years' challenges, teens and staff at the Teen Action and Support Center have done remarkable things. Check out our 2020 year in review to see what we have been up to!

Helping Teens and Parents During COVID-19

Over the last few weeks, we have adjusted routines and workspaces and created new programming to meet the needs of teens and their families.  We continue to offer resources for teens and parents and want to ensure our community is moving forward in healthy ways. Stay safe and healthy!

A Message From Our New Executive Director

I am excited to join the Teen Action & Support Center family as Executive Director! I’ve worked with teens and families over the last several years and count it a privilege to serve with TASC.

TASC: Each Day is a New Day

Teen Action and Support Center: Each Day is a New Day

There have been so many changes in our routines, in our community, and in our world over the last few weeks. One thing that hasn’t changed is TASC’s commitment to supporting teens in our community. We have had to consider new ways to engage with teens and our community partners but we are still on mission!

TASC is ready to grow and working with the Jones Trust and Hight Jackson to create a space for our teens in Benton County. We are working on the funding to make this a reality and our generous supporters were ALL IN to help us get closer to making it happen!

(in) Service Project: Grow My Plate

(in) Service is TASC's program for volunteer service and mentorship. Each week we plan an array of meaningful service projects throughout Northwest Arkansas. Through this program, we give teens opportunities to give back to the community in ways they never have before. We want them to come away from these experiences excited about serving their community, having met new friends, and having learned from one of the many awesome adult mentors that accompany them on projects. In 2019, our teens contributed over 2,000 hours of service and completed 400 projects throughout the region. Learn about one of our recent projects below.

Standing Up to Bullies

Recently a friend shared that her son had witnessed a classmate being mercilessly teased by another student. Although she said he obviously felt bad for what had happened, when she asked what he had done about it, he looked surprised and said, "Nothing."

Suicide among teens within the United States were at a record high level in 2017, according to the Centers for Disease Control. There are many hypotheses for why this is, some of which I've discussed in earlier essays, but in honor of National Suicide Prevention Awareness Month, I wanted to focus on the risk factors for suicide.

The words were hard for the 13-year-old sitting across from me in the counseling room. “I want to, but I can’t” she said in practically a whisper. This academically gifted,  brand new teenager found herself in the grip of anxiety unable to express herself to her family and friends. She couldn’t describe the feelings or any possible causes. She had no idea how to “make” herself say hello to a person passing by in the hall or respond to a teacher. The idea of a sleepover, a prom date, or a school field day was overwhelming.

This is our reaction after the roller coaster that was this past week. From collaborating on a mural with Eve Smith to nearly cancelling our Grand Opening of the Station due to last minute challenges, from early mornings and late nights to the successful ribbon cutting and grand opening, from the announcement of a national campaign to the profile of our Executive Director, Madi Hutson, in the Arkansas Democrat-Gazette—emotions ran high this week, but ended on the spectacular note. This newsletter was designed to showcase some of the highlights of this past week, but also as an invitation. Momentum is building, but we need you to help sustain that momentum. With your investment, with your partnership, we stand to shift the entire conversation around teens. We are looking to raise $1,000 in monthly donations, can you help us meet our goal? Check out the impact your monthly donation will have via our 2017 Impact Report! 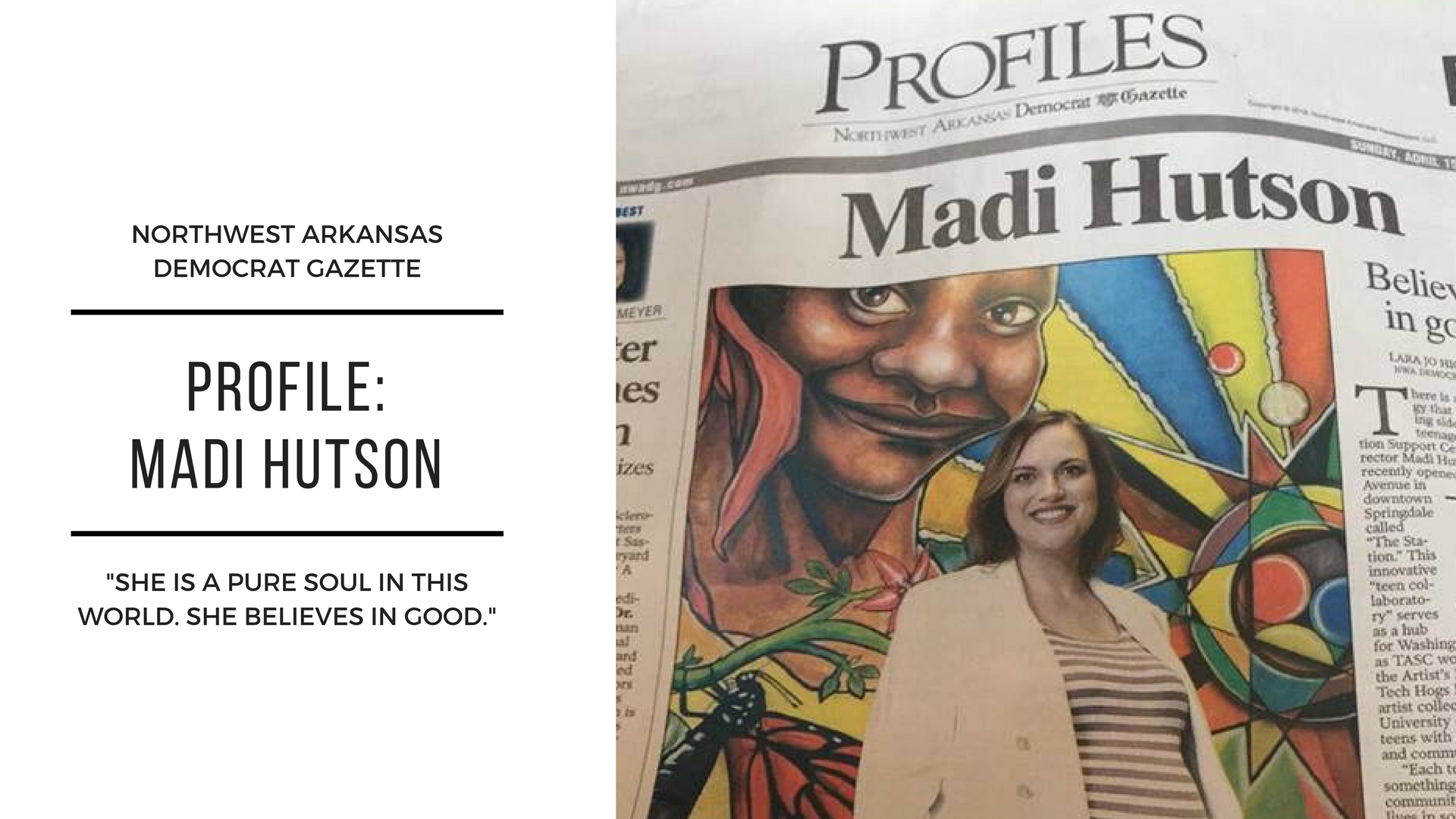 Lara Jo Hightower recently profiled our Executive Director, Madi Hutson. The profile entitled, "Life experiences lead to empathy" takes a deeply personal and candid look at her life's journey. As Madi put it, "When I took the job, it literally felt like this is what I had been preparing for," she says. "This is the position that everything I've done -- all of my life experiences as a kid and as a teen -- prepared me for." 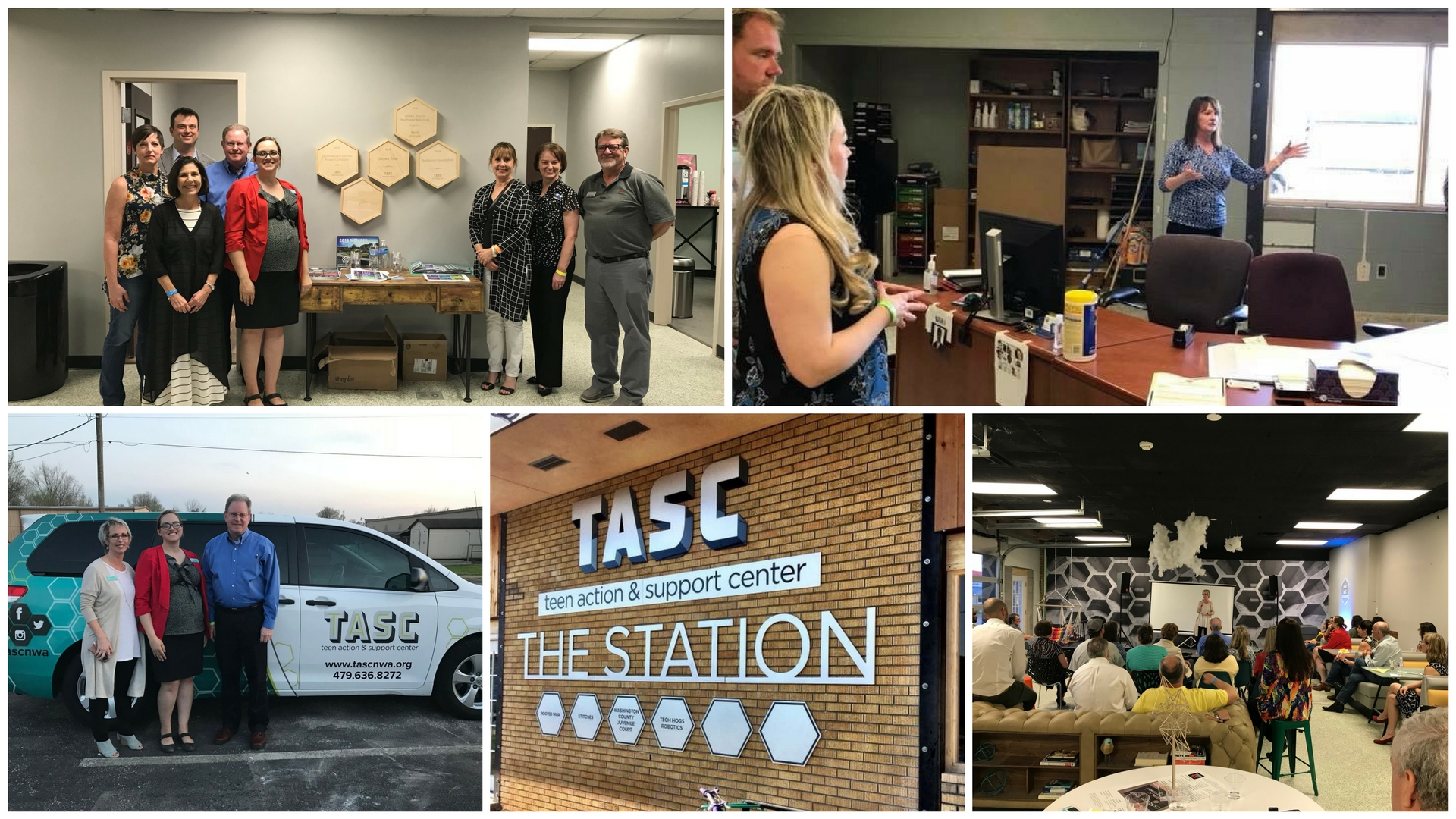 It's official! The ribbon cutting and grand opening of The Station were a resounding successes. We kicked-off the day with the support of the Springdale Chamber and ended the evening surrounded by our teens, staff, board members, collaborators and partners. We extended gratitude in all directions from the Honorable Judge Stacey Zimmerman to long-standing supporters like Mike and Lea Necessary, from the unveiling of our new van thanks to Peter Main with SWEPCO to The Station's early adopters like Mike Gilbert with the Jones Trust, Anita Scism with Endeavor Foundation, and Melody Timinsky with the United Way. 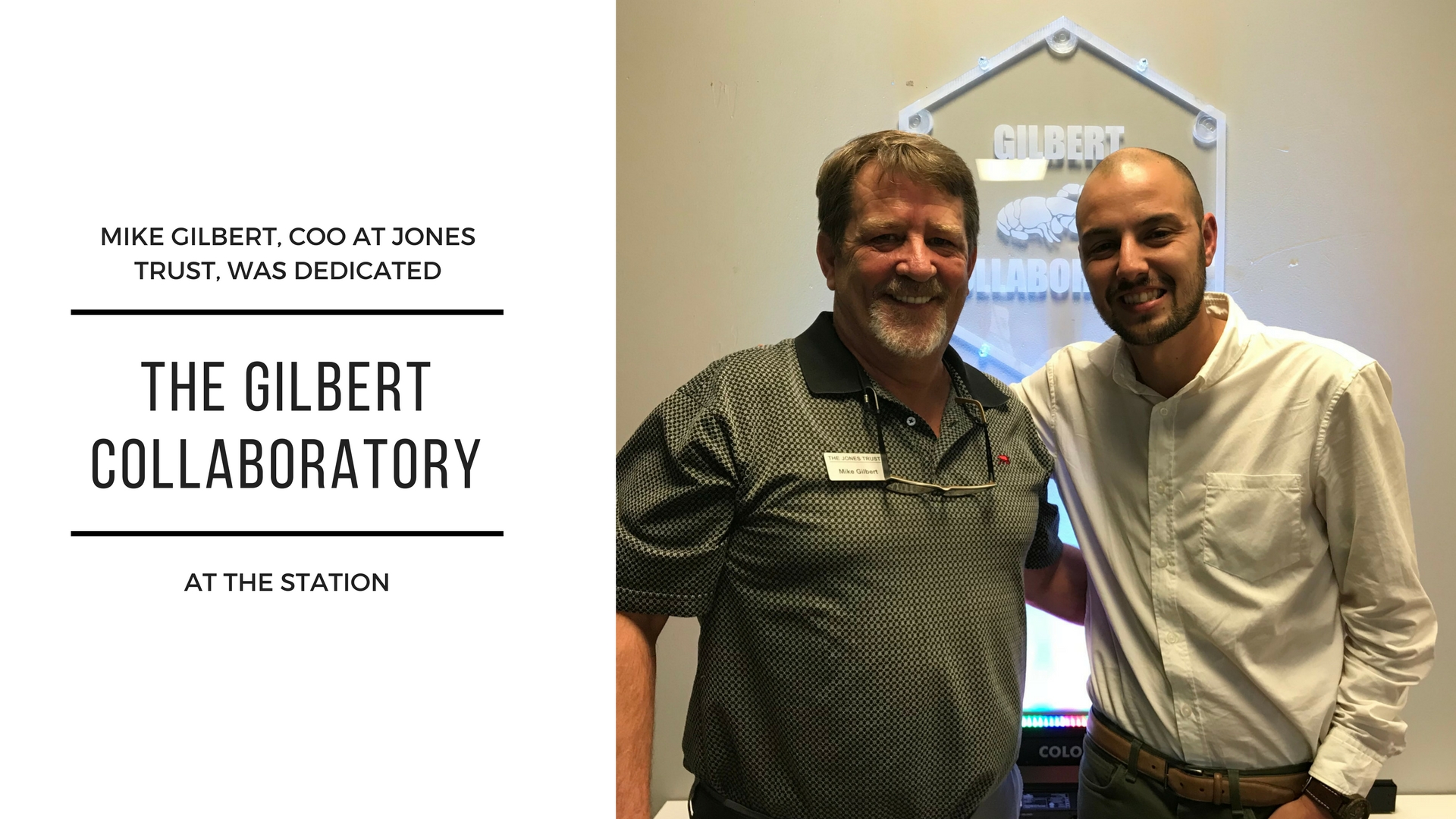 Mike Gilbert has been a staunch supporter of TASC for many years. "Uncle Mike", as many of us call him, has literally shed blood, sweat, and tears helping bring our vision to life. We named our main gathering space, the "Gilbert Collaboratory," in recognition of his many contributions. 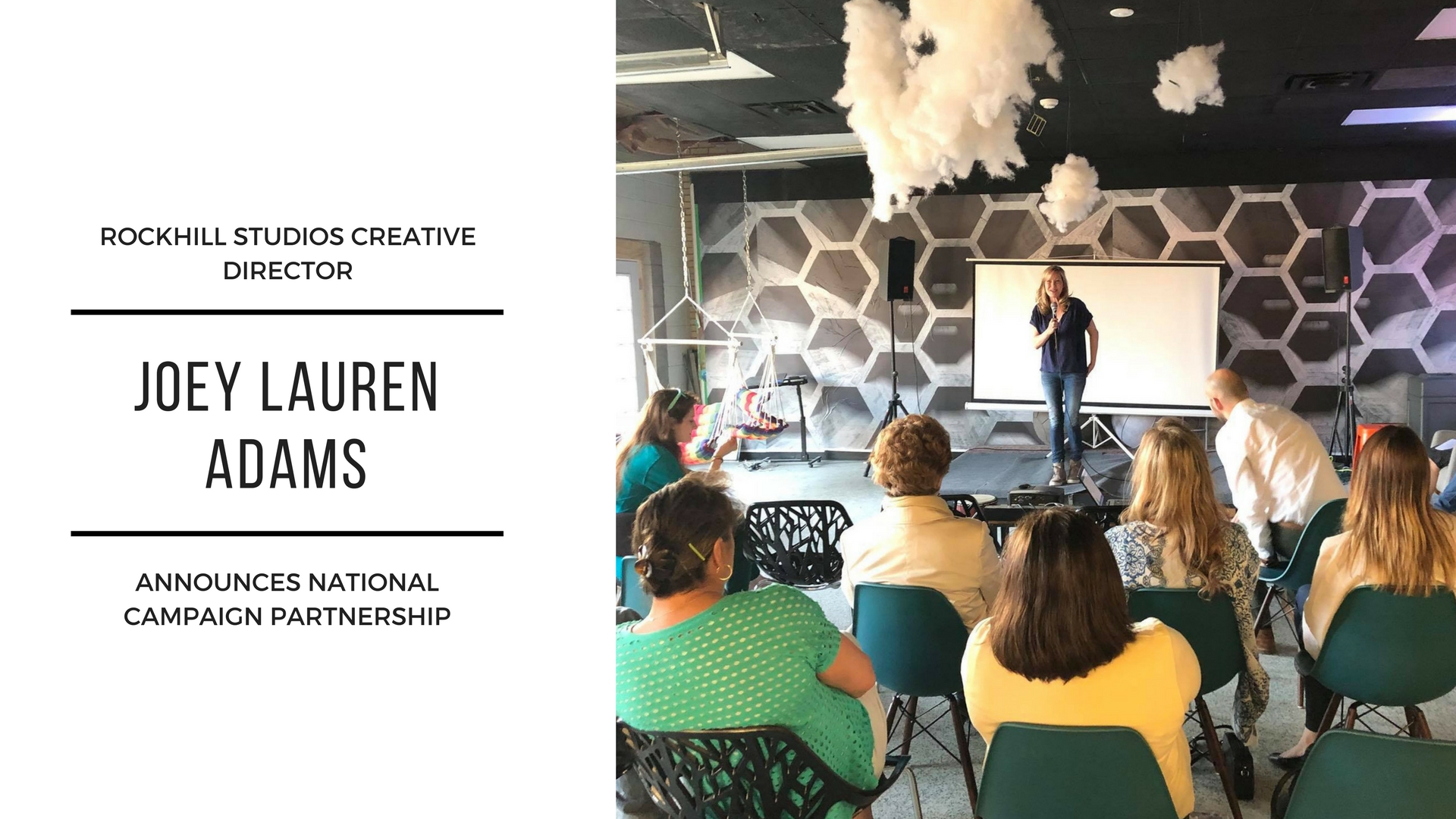 If you look closely, you may recognize the person on stage. That is Joey Lauren Adams! Joey has worked across film, television, music video and corporate content in various aspects including writing, directing, producing and acting for over 25 years. And now, Joey and the rest of the team at Rockhill Studios is partnering with us on launching a national social campaign, #DearAdultWorld. Our goal is simple, amplify the voice of teens across the world. Stay tuned. 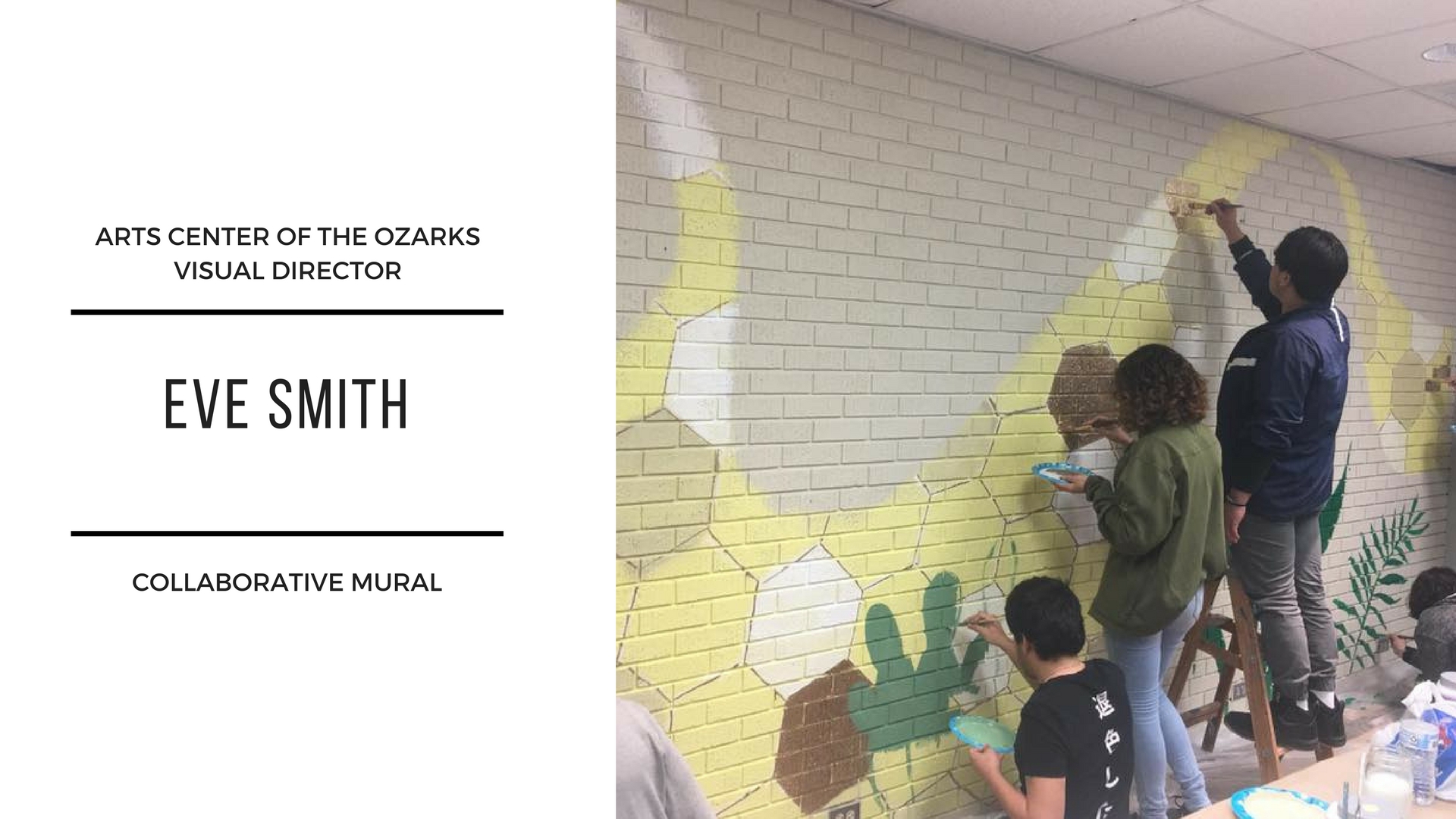 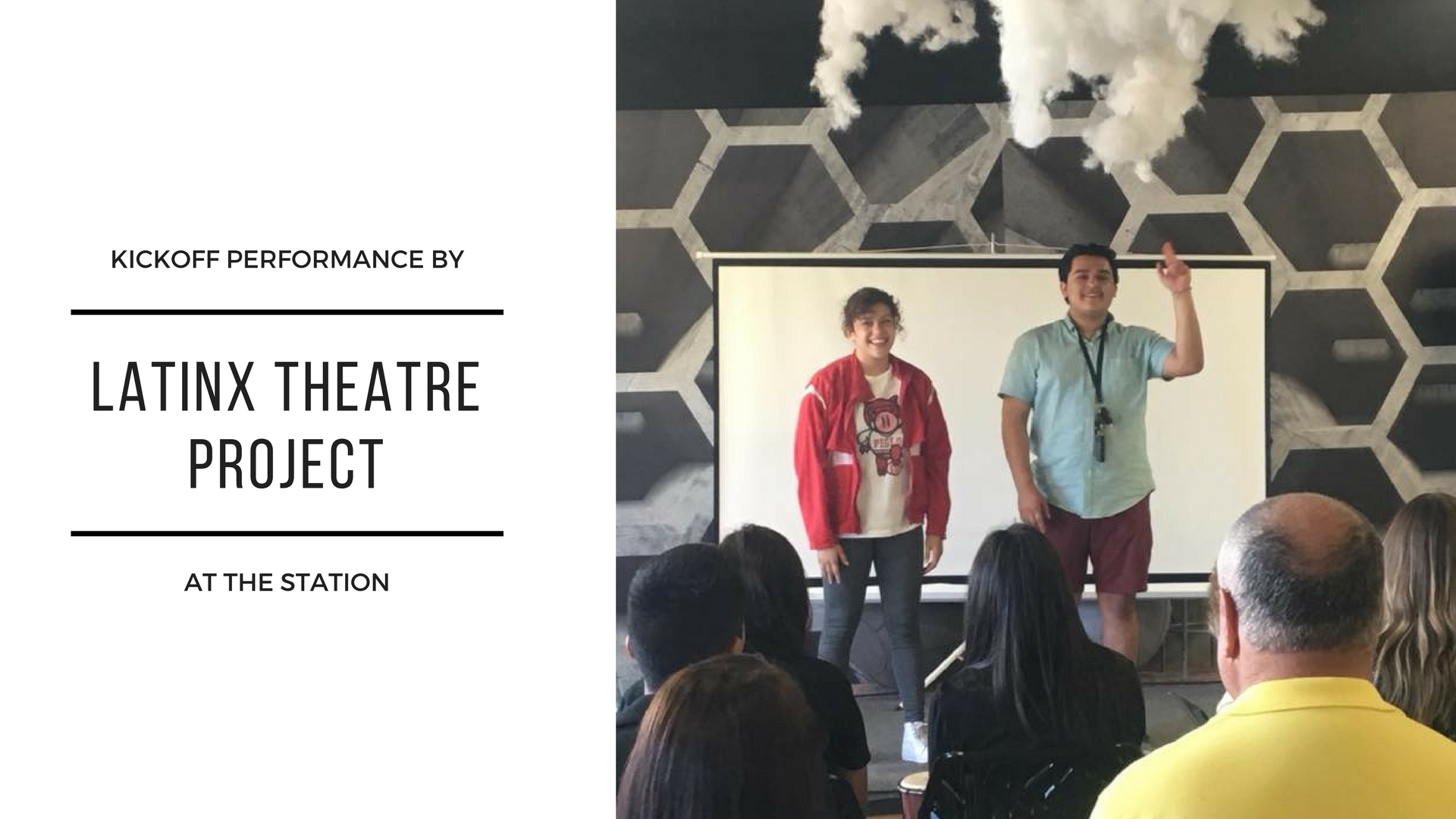 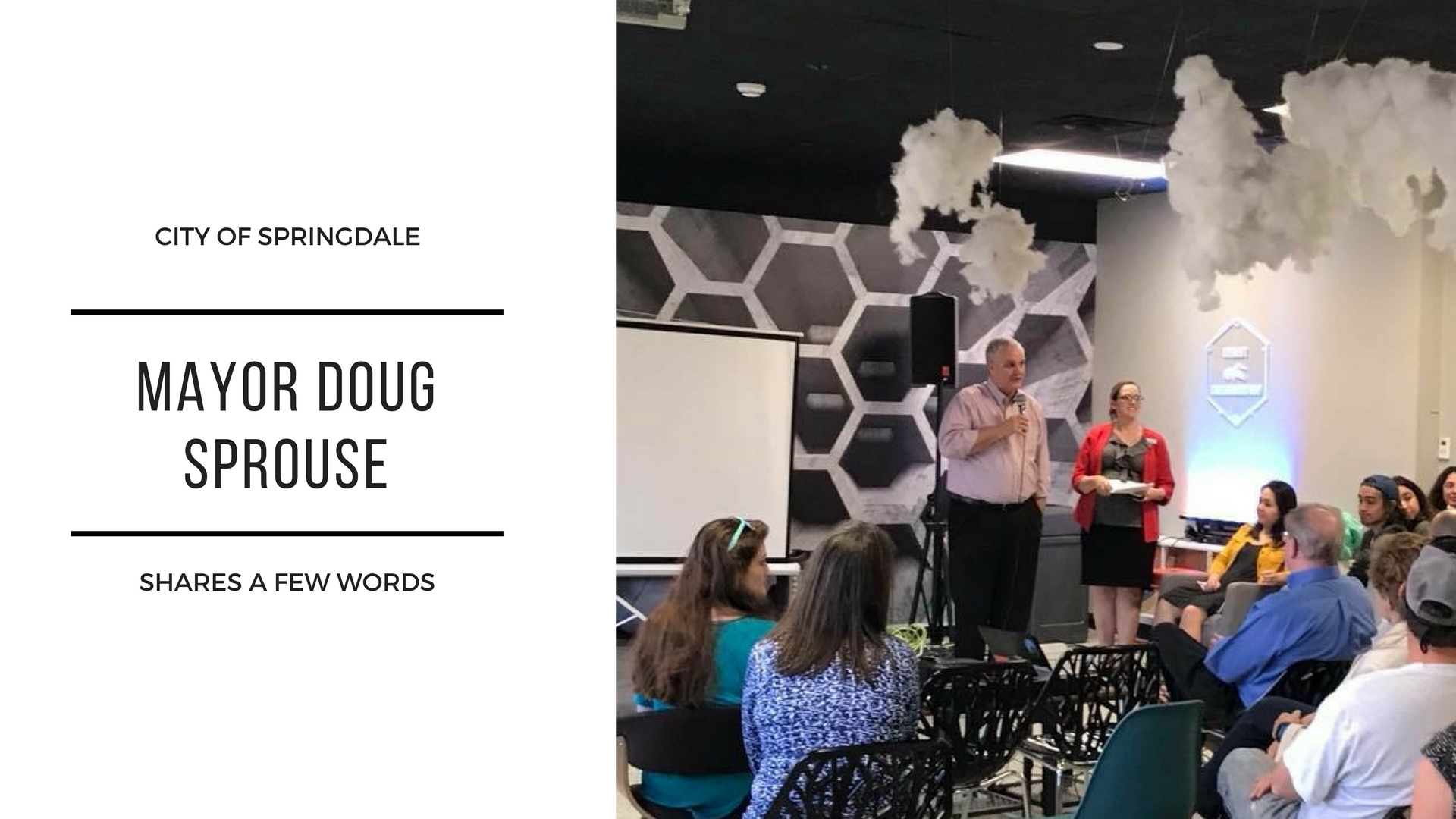 Building up into a crescendo, the week started off with a collaborative mural with Eve Smith from the Arts Center of the Ozarks. The new mural contains themes of collaboration (hexagons/swarm), growth (plants), diversity and inclusion (plants native to different countries represented in Springdale). We had over 10 volunteers contribute to the piece.

Our grand opening kicked off with a preview of the upcoming performance of Scratch That by the Latinx Theatre Project. Incorporating rap, music, comedy, and drama, this exciting group of Northwest Arkansas theatre artists, now in their second season, will reveal insights about what it means to be Latinx in America today. You'll have five chances to see their upcoming production at various sites across NWA.

And finally, we had the honor of hosting Mayor Doug Sprouse. The Mayor spoke about what TASC and The Station will mean for young people in Springdale, Washington County, and beyond.

support teens in across northwest arkansas and beyond.